Is your TV off?

Up until now, Bill and I — who are the consummate political junkies — really enjoyed our evenings watching the evening news and hearing the pundits talk, but since the election I’ve not wanted to engage with any of it.

Mostly because the things that appear to be happening now certainly affect me directly if they come to pass. Like losing my health insurance and perhaps making my marriage invalid. You’re going to be affected one way or another, too, regardless of how you voted.

I don’t have my head in the sand but I am being very careful about what I listen to and read lately because I just don’t like how it makes me feel. And we all know by now that you get more of what you are feeling.

So to that end I’ve pulled together some ideas about the benefits of watching less television. (And this can apply equally as well to other media as well, like “news” sites on the web.)

Do you watch too much television? The average person watches between 4 and 10 hours of TV each and every day. That’s way too much, according to TV watching experts. The American Academy of Pediatrics says that children 2 years old and under should watch no TV at all.

Children, teens and adults are recommended to limit their TV viewing to less than 2 hours each day. These recommendations are made because staring at “The Idiot Box” has been linked to lower communication skills, antisocial behavior, altered brain structure, overweight and obesity, and poor grades in school. These are scientifically recorded dangers of watching TV, as opposed to engaging in some healthier activity, which is why you might want to choose instead the following 5 benefits of watching less television.

1 – You Won’t Sit as Much — You were not to intended to sit for as long as you do. Research shows that sitting is deadly, leading to a long list of unhealthy conditions that cause pain, and shorten your life. Most television is viewed sitting down, so when you stop watching as much brain-rotting TV, you can be standing and active more, which is a good thing.

We sit too much whether we’re watching TV or not. Like sitting at our desks in front of our computers every working day. You’ll feel better if you set an alarm to remind you at least every hour to get up and move around. Go to the bathroom, go get a snack, walk around the block or just stand up and stretch.

2 – Your Brain Becomes Healthier — As highlighted above, staring at a television set actually causes a change in your brain chemistry. It’s not a healthy one, either. The negative mental consequences of staring at an electronic screen, television or otherwise, include decreased memory, a weakened ability to plan, organize and take action, weaker brain functioning and other neurological problems.

3 – You Will Find Out You Have a Lot More Free Time Than You Thought — Are you always complaining that there are not enough hours in the day to get things done? You might be wrong. Take out the nearly 34 hours that the television viewing habits monitoring company Nielsen says you are spending in front of the boob tube each week, and you have more than 1 full day of extra time on your hands.

4 – You Will Begin Making up Your Own Mind, and Forming Your Own Belief System — Television is a one-way form of communication. People you have never met, that have views and beliefs often vastly different from yours, create the content that you consume. Watch enough TV, and you begin to lose the ability to form your own thoughts, opinions and beliefs.

5 – You Will Stop Feeling Inadequate — TV creates unrealistic expectations. Most human beings are not perfect — slim, trim, super sexy, incredibly smart, abundantly wealthy and successful, which is how television paints the world. Television advertisers want you to feel inadequate, so you will purchase their products that promise miracle results.

Hopefully these benefits will give you something to think about and maybe decide that now is a good time to stop spending so much time in front of the TV. 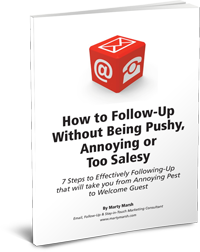 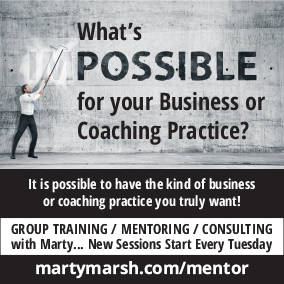