Understanding the Difference Between Autoresponder and Broadcast Emails 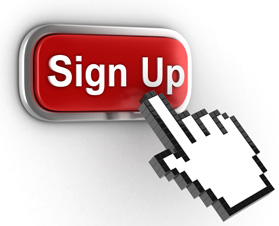 The word “autoresponder” has, of late, become short hand for “email service provider which tends to confuse the heck out of people when we use the phrase “autoresponder” for services and then talk about “autoresponder messages” and “broadcast messages”. Generally, your autoresponder service can send both types of messages (with some exceptions, so be careful when you choose your service.

Depending on the autoresponder service you choose, you’re ready to use both techniques.

Let’s discuss some of the differences between autoresponder and broadcast emails, so that you know what type of communication is likely to be better suited to each of your promotional campaigns.

Autoresponder e-mails are described as “a series of messages that are sent to a subscriber automatically at predetermined intervals once they sign up for your mailing list.” The interval term is generally somewhere between a few days and a week or two — but can be longer — depending on the nature of your content. This allows you to build a relationship with each subscriber over time, and position yourself as a trusted source of information.

The key is that you set the series of autoresponder messages up once, and then let the machines take care of sending them out.

Autoresponder messages are relatively easy to administer. Once you’ve prepared a series of e-mails, you can use your autoresponder service to have them sent out at predetermined intervals to each new subscriber who signs up.

Autoresponders can strengthen the relationship with your readers because they allow you to communicate with those individuals over an extended period of time.

The machines do all the work — after the initial set up of course — so it doesn’t matter when someone signs up for your list. They will immediately start hearing from you.

Your messages could become stale or irrevelant for your niche or industry depending on what kinds of changes are going on. Your messages should be set up with evergreen content — meaning it never goes out of date. It’s a good idea, however, from time to time to revisit your messages and make sure that they are still conveying the message you want.

Autoresponder messages, if not drafted properly, can come off as impersonal and perhaps even having too strong of a sales message.

Broadcast messages are one-off messages that occur outside of the autoresponder series of e-mails. One of the key features of a broadcast e-mail is that it can be highly topical and relate to “breaking news” types of events.

Ezines are typically sent as broadcast emails as are special promotions and news alerts.

Broadcast messages can be highly specific and targeted to some or all of the individuals on your email list.

Broadcast messages don’t require the reader to commit to reading a series of emails over time; each message is a self-contained marketing message.

You have to take the time to set up and send a broadcast message. While it can be delayed to send out at a specific time and on a specific day, it still must be set up in advance of sending.

In contrast to autoresponder messages — where your subscribers have signed up specifically to receive them — you don’t always know when your subscribers will find a broadcast message interesting or valuable.

It can sometimes be difficult to determine “how much is too much” when it comes to broadcast e-mails. The last thing you want to do is have one of your broadcast e-mails cause someone to unsubscribe from your list.

And, you naturally run the risk of emailing someone more than once in a day because you have had people join your list at various times and days and are in the autoresponder sequence. Some readers may find getting more than one email in a day to be off-putting or annoying.

With today’s advancing technology and third party add-ons, you can actually have a lot of control over the way your messages are sent and to what parts of your list get each message whether by autoresponder or broadcast.

Now that you have a better idea of when to use an autoresponder series and when to use a broadcast message, you can decide what techniques you should use to build your mailing list. Some combination of both is likely the way you’ll go.

Which do you tend to use more? Autoresponders or Broadcasts? Or both equally? Please share your comments below. Thank you!